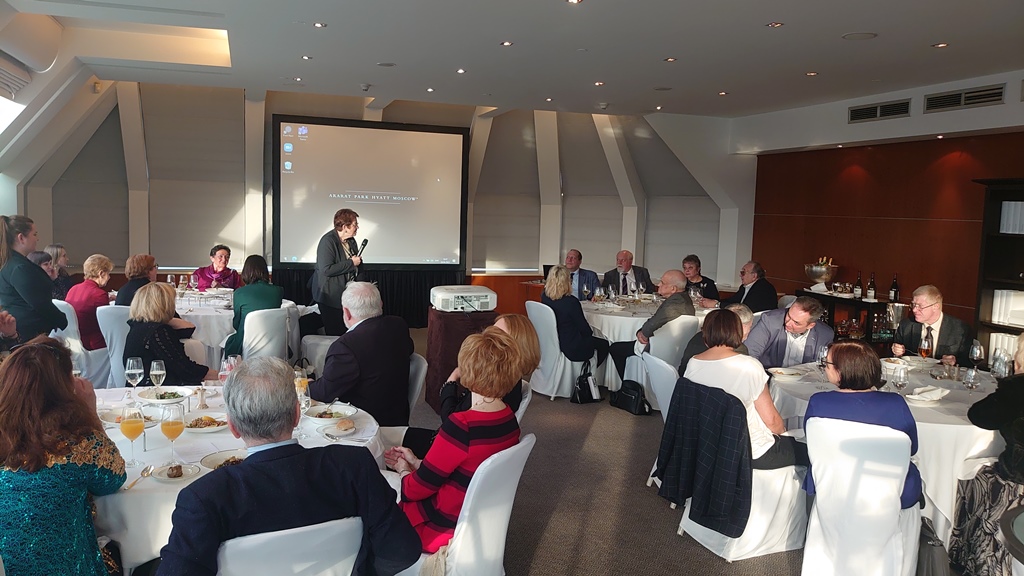 50th Anniversary of the Yearbook Japan

On 28 April, at the Ararat Hyatt Hotel in Moscow, a ceremony was held to celebrate the 50th anniversary of the oldest publication of the Soviet and Russian Society of Japanologists – the Yearbook Japan.

Speaking at the ceremony, a Russian historian Dmitriy Streltsov, Chairman of the Association of Japanologists and Editor-in-Chief of the Yearbook Japan, discussed the history of the publication since its foundation in 1972. He spoke in detail about the goals and objectives of the yearbook outlined in its first issue, touched on the content of the yearbook during various stages of its publication, recalled the older generation of Japanese scholars who made the greatest contribution to its publication, discussed the current place of the yearbook among Russian Oriental publications and its role as a platform for the entire Russian-speaking Japanologists community.

The event participants expressed their sincere gratitude to the Japan Foundation, the International Chodiev Foundation and personally to Dr Patokh Chodiev for their enormous and invaluable assistance in publishing the yearbook. In honour of the anniversary, the Foundation has also provided financial help to the staff of the publication.

On behalf of the International Chodiev Foundation, we congratulate the yearbook on its 50th anniversary. We wish the Yearbook Japan further prosperity, and all its editorial and creative team – success in unlocking the incredible knowledge of the secrets of the Land of the Rising Sun.

For more information about the Yearbook, please follow this link.