We believe that everybody has a right to medical care, fair treatment and equal opportunities.

Particularly, we have been actively involved in the activity of a number of boarding schools and foster homes in Uzbekistan, a children’s home in Kazakhstan and a rehabilitation center in Ukraine.

Specialized Boarding School No. 32 is located in Jizzakh and is home for 250 boys and girls with mental disorders and delayed development.  Since the school was established in 1993, no substantial repairs had been carried out and consequently the School had become rundown.

The International Chodiev Foundation supported the renovation of the main premises, including the gym, dining room and kitchen, as well as the landscaping of the playground and creation of a new football field.

New bathrooms with all amenities were installed on each floor of the main building, together with an appropriate hot and cold water supply and sewerage system.

The dining room was also renovated, with underfloor heating installed. ICF also purchased kitchen and household utensils, including dishwashers for the School.

Boarding School №.19 is located an hour’s drive from the city of Karshi, in a remote location. When the ICF started working with the school, the main building was dilapidated, with no water supply or heating and a leaking roof. There were also no toilets and showers near the dormitories, so the children faced the inconvenience of going outside in all weathers. The building needed major repair.

After an initial assessment of the school’s condition, ICF funded its renovation, with the roof of one of the dormitories being completely replaced. Bathrooms, showers and proper sewerage facilities were built and, to ensure an uninterrupted water supply, a bore hole was drilled to a depth of 181 meters to access a natural spring.  The newly installed water supply system now ensures a year-round supply of hot water, and the new central heating system provides heating inside the school. The electrical systems were also rewired.

It was founded in 1976 and cares for 280 children between the ages of 4 and 18 suffering from various disabilities, including Oligophrenia, Cerebral Palsy, and Down’s Syndrome. More than 100 children are not able to walk, they require special care.

The Foundation has worked with the Muruvvat foster home to improve the living conditions for its residents.

Our support has included a complete overhaul of the premises, including buying new furniture for the bedrooms and study rooms. We also provided new domestic appliances, kitchenware and bedding.

Uzbekistan is a unique country in terms of its demographic indicators – more than 60% of its population are young people and children. Large-scale educational reforms were initiated by the current President of Uzbekistan, Shavkat Mirziyoyev, which resulted in the establishment of the Ministry of Preschool Education in the second half of 2017. One of the main objectives of the Ministry is to reform the preschool institutions. This includes the reconstruction of old nurseries, as well as the construction of new ones, in order to create favourable conditions for the upbringing and education of a younger generation.

The International Chodiev Foundation has joined the Government’s efforts and has provided support for the reconstruction of one of the capital’s nursery schools, ‘Kemacha’, located in Yunusabad district of Tashkent.

Assistance with the reconstruction of an apartment building (Tashkent, Uzbekistan)

The Government of Uzbekistan is currently implementing The Programme for Construction and Reconstruction of Affordable Housing in Cities for 2017-2020. The aim of the Programme is to improve the quality of life of Uzbekistan’s citizens and to provide affordable and comfortable housing to socially vulnerable groups of the population – large families, orphanage graduates, the disabled, the residents of dilapidated houses and other categories of socially vulnerable citizens.

The International Chodiev Foundation has also joined this worthy cause. The Foundation provided financing for the purchase and installation of heating systems for a five-story apartment building in Tashkent, intended as new housing for large families, the disabled, as well as residents of dilapidated houses.

We were particularly delighted that Iskander Jalilov won a bronze medal in the individual competition and the team won prizes and titles.

Assistance to the vulnerable during the COVID-19 pandemic (Uzbekistan)

In March 2020, ICF joined the efforts of the Government of Uzbekistan in its fight against the spread of coronavirus in the country, and announced an extensive charity programme to support the vulnerable citizens.

Three stages of support, carried out jointly with the Ministry of Justice of the Republic of Uzbekistan throughout March and April 2020, included the provision of 4500 humanitarian aid kits, as well as food essentials and disinfectants to the elderly and low-income families throughout the country. The programme of support is ongoing and will envisage further assistance to the vulnerable over the coming months.

Support to ‘Sakhovat’ centre in providing emergency assistance to the citizens of Uzbekistan located in Russia (Moscow, Russia) 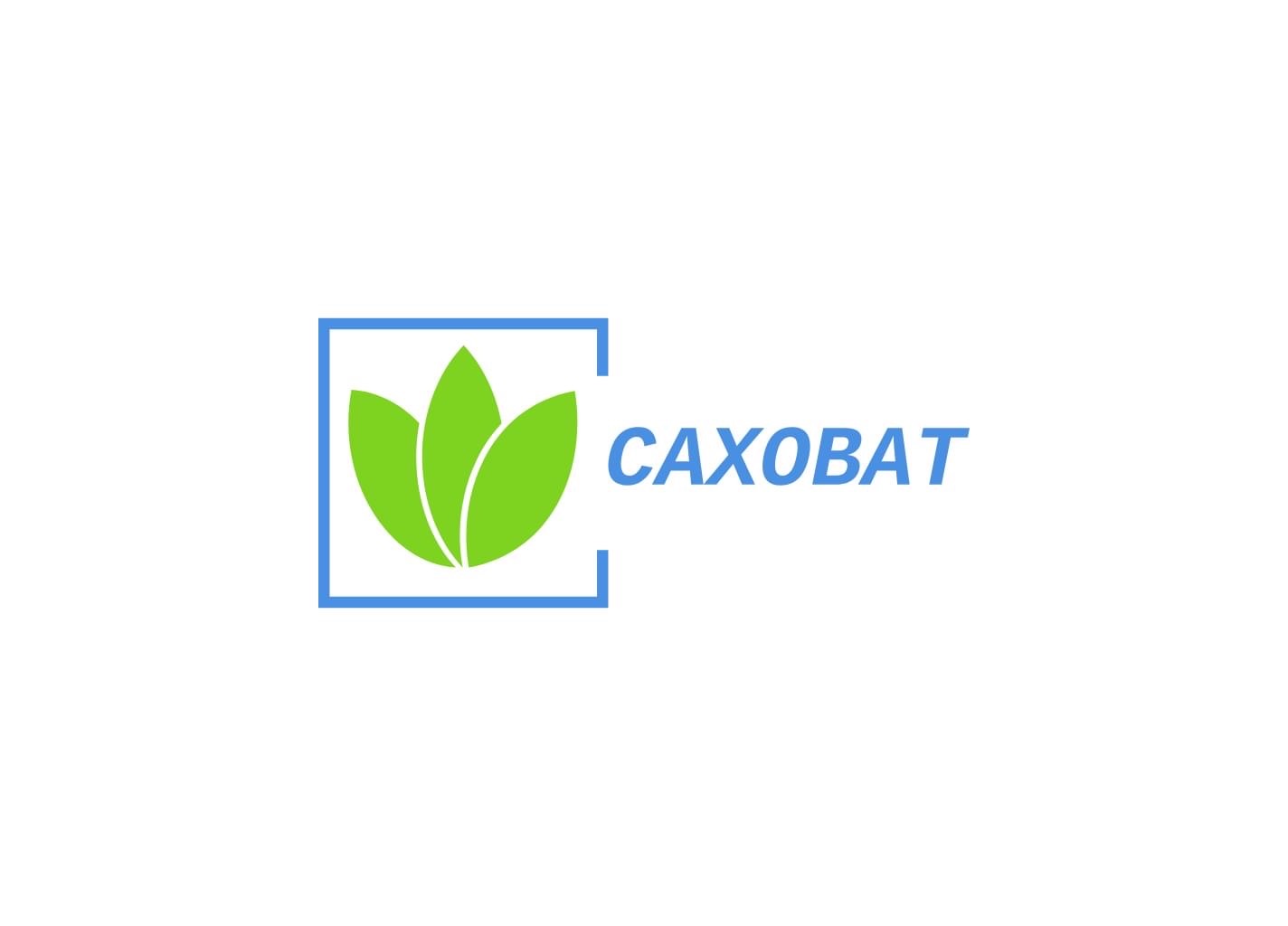 In April 2020, as part of its extensive charity programme of support of the citizens of Uzbekistan during the COVID-19 pandemic, ICF announced a partnership with the ‘Sakhovat’ help centre in Moscow.

‘Sakhovat’ was created by the Uzbek people living in Russia, with the support of the Embassy of the Republic of Uzbekistan in the Russian Federation. The main aim of ‘Sakhovat’ is to provide emergency assistance to the Uzbeks and their families left without work and income in Russia, and those who did not manage to return to their homeland because of quarantine measures in both countries.

ICF provided funding to ensure the successful and efficient operation of the Centre and its geographical expansion, with the goal of providing assistance to as many people in need as possible.

The cooperation programme with ‘Sakhovat’ is ongoing and will envisage further assistance to the Centre in the coming months.

On 1 May 2020, there was a burst of Sardoba reservoir dam in the Syrdarya region of Uzbekistan, which resulted in a flood.  Tens of thousands of people were evacuated and housed in schools and colleges.  The Ministry of Justice launched a charity campaign to support the flood victims, called “Salam, Sardoba, Biz Birgamiz!” (“Hello, Sardoba, we are together!”).  ICF immediately joined these efforts, and in a few days, prepared more than 2000 humanitarian aid kits, which were delivered to the victims the Syrdarya, Ferghana, and Jizzakh regions.

In June 2020, ICF has provided medical and personal protective equipment to the Institute of Virology in Tashkent.  The initiative was organised together with the Ministry of Health of the Republic of Uzbekistan.  The Institute of Virology is the country’s leading institution in diagnosing and treating viral infectious diseases, and its clinic was the first in the country to treat COVID-19 patients.  Today it remains at the forefront of the country’s ongoing fight against the coronavirus.

In June 2020, the Foundation announced the start of a programme of medical support for labour migrants from Uzbekistan in Moscow and the Moscow region.  According to the programme, labour migrants from Uzbekistan who have been in contact with those infected with COVID-19, as well as those having signs of flu, are given the opportunity to undergo free testing for the presence of the infection and its antibodies.  Subsequently, they either could undergo treatment or receive an official medical certificate allowing them to return to work.  The programme is carried out jointly with the Representative Office of the Agency for External Labour Migration of the Ministry of Employment and Labour Relations of the Republic of Uzbekistan in the Russian Federation, which compiles the lists of labour migrants.  ICF provides funding for the provision of medical services and purchase of test kits and medicine.

For many years the ICF has been an active supporter of one of the largest orphanages in Kazakhstan located in Nur-Sultan, known as ‘Dom Rebenka’.

The orphanage was established in 1933 in a small wooden house in Akmolinskto provide a home for abandoned children. Over the years, it welcomed children who had problems with mental and physical development and in 1986 it was awarded with the status of a ‘specialized home’. Today, it is known as the Specialised Children’s Home in Nur-Sultan. It is home for about 100 children up to the age of four, requiring special medical and emotional care. The orphanage was extended and redeveloped in 2000-2010, with help from its generous private donors and from the Akimat (Government) of Nur-Sultan.

In 2012, the Home opened a Crisis Centre for children whose parents are experiencing financial and domestic difficulties. The Centre gives a home with love and care to children who would otherwise be abandoned due to the plight of their parents. It helps to reunite beleaguered families following a period of difficulty or turbulence for whatever reason, supporting them through their separation and time of crisis.  In the last three years over 74 children were housed during a period of crisis and subsequently returned to their biological families.

To find out more about ‘Dom Rebenka’ in Nur-Sultan please their website.

House with the Angel (Odessa, Ukraine)

One of our long-term projects is the support of a charitable foundation for the rehabilitation of disabled children called ‘Future’ based in Odessa, Ukraine.

It was established in 1996 as a public non-profit organization for the medical, physical, psychological, educational and social rehabilitation of disabled children. It carries out its work at the Boris Litvak children’s rehabilitation centre, known as ‘The House with the Angel’.

The main goal of the Centre is the rehabilitation of disabled children with cerebral palsy, with the aim of maximizing the recovery of their motor functions and their integration into society.

The patients of ‘The House with the Angel’ are given the full range of treatments, accommodation with their parents, and even food, absolutely free of charge.

In the last 22 years, ‘The House with the Angel’ has helped more than 33,000 children diagnosed with nervous and musculo-skeletal disabilities. They came from all regions of Ukraine, as well as from abroad. Up to 150 patients are treated at the centre daily.

Leading methods and advanced technology are used for treatment and rehabilitation of the patients. The state-of-the-art equipment is used for teaching walking skills.

The centre pays special attention to the family of the child receiving treatment: there are daily ‘School for Parents’ classes, in which family members are taught the basics of setting up the rehabilitation process at home, and during which individual, psychological and legal assistance is provided. Parents also receive a gift – a book, written by experts of the Centre, with recommendations for the continued rehabilitation of the child at home.

In 2022, ICF started the implementation of new charity project ‘Water’ in Uzbekistan.  It will give access to clean drinking water to the residents of the Karauzyak district of the Republic of Karakalpakstan.  As we know, the inhabitants of the hard-to-reach areas of Karakalpakstan often use water from polluted sources as drinking water, and this can be a cause of diseases such as diarrhoea, cholera, dysentery and hepatitis. The provision of clean drinking water to remote and inaccessible regions of Uzbekistan has always been an issue.  With the help of ICF, by May 2022, modern water supply and sanitation systems were installed in Nurumtubek, Kypshak, Olzhabay, Kostam, Umbet and Teristamgal villages, where more than 1,700 people live. Similar work will be carried out in other villages with water supply issues.