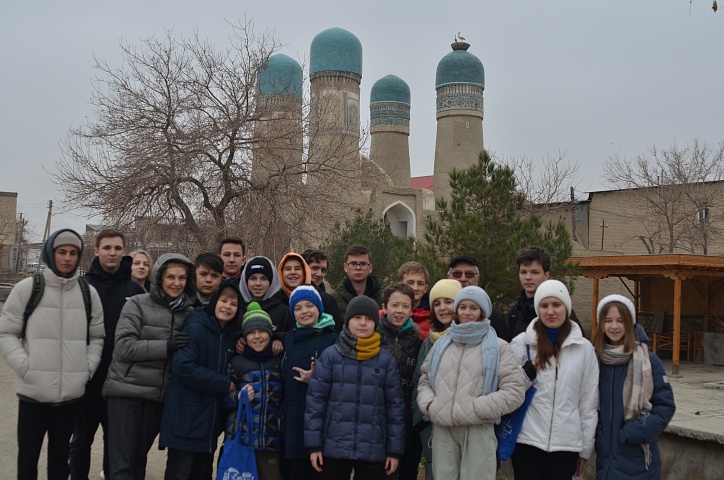 The Ministry of Foreign Affairs of the Russian Federation and the Association of Russian Diplomats expressed deep gratitude to the ICF Founder Dr Patokh Chodiev for his support of the trip of the Russian ‘Young diplomats’ club members to Uzbekistan, which took place earlier this year.

The trip was organised on the occasion of the 30th anniversary of the establishment of diplomatic relations between Russia and Uzbekistan. It was a part of the extensive educational programme of the Association of Russian diplomats, named ‘Travels of young diplomats in Russia and abroad’, and was held in January 2022 with the financial support of the ICF.

Under the guidance of the Ambassador Extraordinary and Plenipotentiary and the Deputy Chairman of the Association of Russian Diplomats, Valery Egoshkin, a group of 29 children visited the ancient cities of Central Asia: Tashkent, Samarkand, and Bukhara.

Children from various regions and cities of Russia (Chita, Irkutsk, Kazan, Voronezh, Stavropol, Obninsk, Moscow, and the Moscow region), as well as from Uzbekistan and Belarus, took part in the trip.

The Association of Russian Diplomats and Russian official representatives, as well as their Uzbek colleagues, expressed their hope for further cooperation, including further educational programmes for a new generation of diplomats.